Underlines and Stars are delighted to support CoppaFeel! and its new #BraHijack campaign with the founder of this charity, Kristin Hallenga, appearing on the Stars evening on 20th November 2013.

CoopaFeel! is aimed at educating young people on the importance of checking their boobs regularly and know the signs and symptoms of breast cancer. According to recent research women under the age of 30 are more likely to have their eyes checked than regularly check their own breasts for signs of breast cancer (a disease affecting 1 in every 8 women in the UK). And indeed news reports have revealed that Britain is lagging behind other developed countries in terms of survival rates. 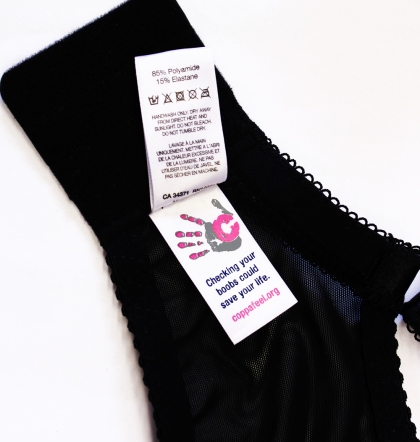 The #BraHijack campaign is appealing to the lingerie industry to introduce a small label carrying boob checking reminders to all bras sold in the UK. The label can be simply sewn in with the care label found in all bras and act as a daily reminder to make boob checking part of a woman’s routine. 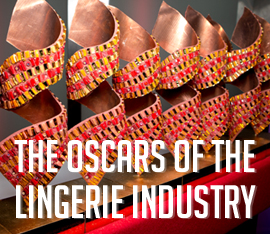 MUNROE BERGDORF IS NEW GLOBAL AMBASSADOR FOR GRADUATE FASHION FOUNDATION...Yeah!!!!
Preparations are underway for the July edition of INDX Intimate Apparel ,140 brands have already signed-up to attend. An event with speaker sessions, prize draws, live music and drinks & canapés!
The Miami Swim Show is back with a bang celebrating its 40th anniversary this year (16-18 July). Not to be missed!
Wishing you all wonderful Jubilee celebrations - would love to see your shop windows! Congratulations to Queen Elizabeth II - long may she reign.
Calida announced its acquisition of Cosabella on 19th January 2022 - paving its way for its entry to the US market. More on the story on www.underlinesmagazine.com
Freya hits the beach for SS2023 with stunning new leopard bikini bikini!